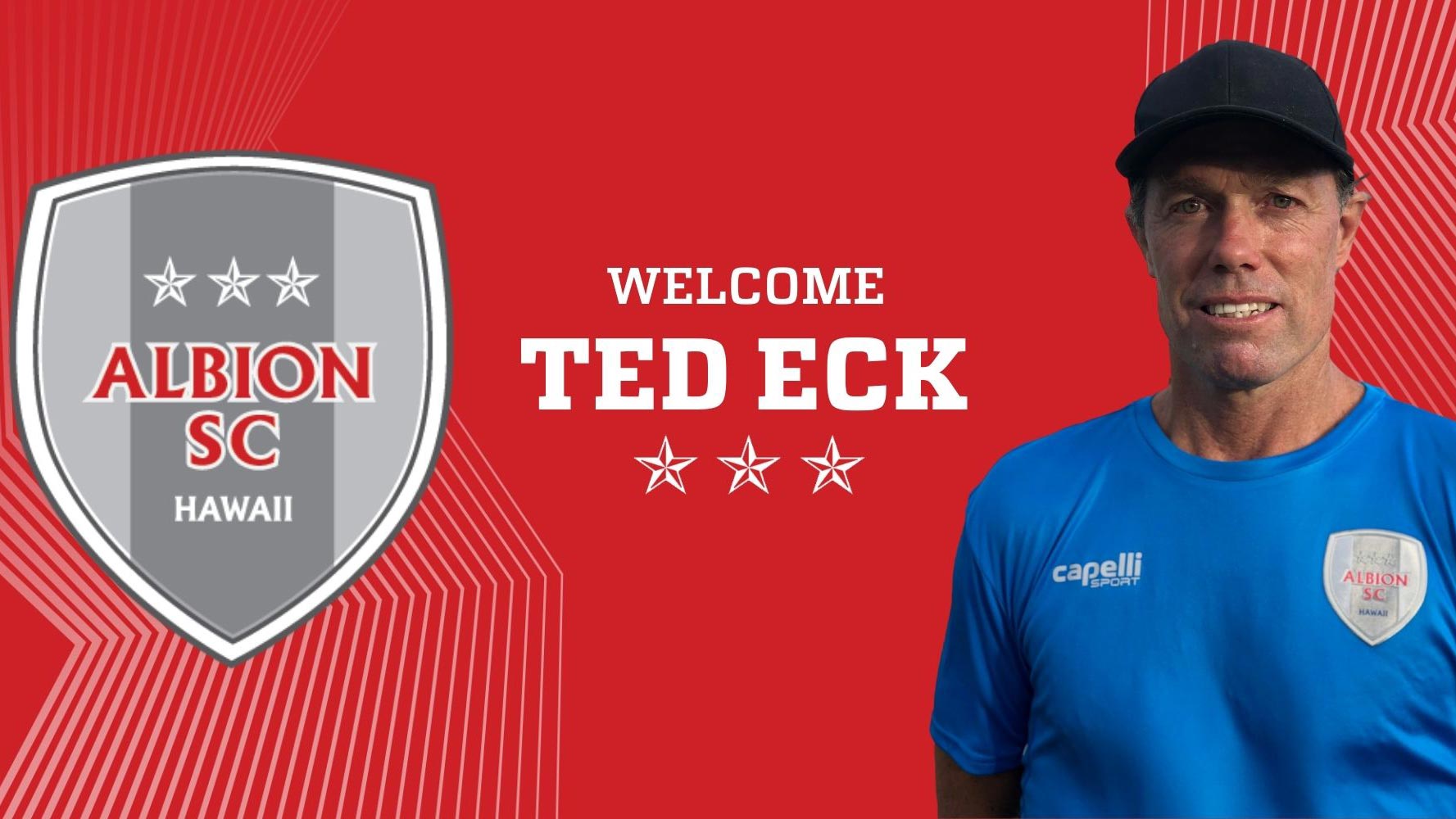 ALBION Hawaii is proud to welcome back Ted Eck, a former professional soccer player, and MLS assistant coach, to our staff. As a player, Ted spent fourteen years as a professional. With thirteen caps for the US National Team, he spent six years as an MLS Dallas Burn player and was a silver medalist in the World Futsal Championship.

Ted Eck was a former coach at Maui United 2004-2009, becoming the club's first Director of Coaching. In 2009, Ted relocated to the Southern California coaching circuit, where he earned his US Soccer A license and became head coach of the PDL Ogden Outlaws. Positions with FFC Salt Lake City and the MLS LA Galaxy youth academy guided him to becoming the Assistant Coach and Video Analyst for MLS Real Salt Lake First Team over the past six years.

Eck Shared, "It is great to be back in Hawaii. I am excited to be working with an amazing staff and a professionally run club. There has been positive growth in youth soccer in Maui since leaving in 2009. ALBION SC Hawaii, formerly Maui United, has evolved into a great organization. The daily club operations run like professional youth academies on the mainland. Technical Director Brent Nunes has cultured a great staff of coaches and administrators, and under his leadership and vision, it's great to see the club has grown and continued to improve over the years. Clear club culture and development methodology are easy to spot. Player development is at the forefront of the daily sessions, and the reason so many ALBION players see opportunities at the highest level".

Eck also shared, "In the past, collegiate and professional opportunities on the mainland for Maui soccer players has been a hurdle, but the staff here at ALBION has worked hard to change that. Maui players now have a clear pathway, with players each year advancing to the US Academies and collegiate programs. My goal is to work closely alongside Coach Brent to help develop these young players and showcase them at the highest level. Together, we will work hard to provide high-level training and help with our top motivated players' placement. ALBION Hawaii players will prepare for the next steps of college or professional soccer."